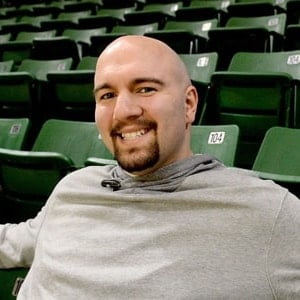 This presentation provides the audience with an overview of Anthony’s life, his challenges and his successes. The speaker talks about autism and how it has impacted his life and how he has utilized the support and resources around him to get where he is today. Anthony talks about the role of education, coaches and teachers in his life as well as that of family. The audience will be inspired to find their hope and motivation and to be that for others.

Anthony Ianni is one of the most sought after motivational speakers in the Nation. At the age of 4, Anthony was diagnosed with Pervasive Developmental Disorder (PDD), which is on the Autism Spectrum (ASD). Doctors and specialists told Anthony’s parents that he would barely graduate from high school, would never graduate from college, would never have a shot at being an athlete and would likely live in a group institution with other Autistic kids for his adult life. His family was devastated but pledged they would help Anthony be successful no matter what, and he is. Despite bullies, adversity & numerous personal challenges Anthony worked hard & never gave up. Not only did he earn his Bachelor’s Degree from Michigan State University in Sociology, he is the first Division 1 Basketball Player in NCAA History with Autism. Anthony played for legendary coach Tom Izzo. He won two Big Ten Championships, a Big Ten Tournament Title, was the recipient of the 2011 Tim Bograkos Walk On Award & the 2012 Unsung Player Award, and was a member of the 2010 Final Four team. He is the recipient of 2014 Epling Agent of Change Award, Finalist for the 2013 Detroit Pistons Game Changer Award, was named by Autism Speaks as 1 of 10 People with Autism who inspired 2014, was named one of CBS News’s Inspiring Individuals on the Autism Spectrum. Anthony has pledged his life & career to help those who face similar challenges. He has been invited to tell his story & share his message across the country & has inspired countless individuals to Live Your Dreams.